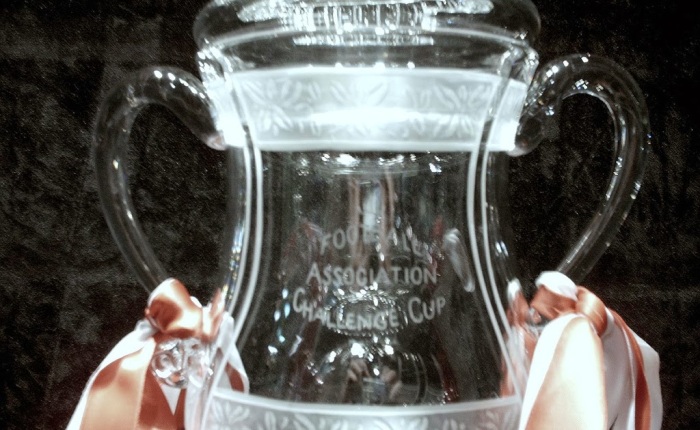 Paul Lambert claimed this week that if asked, and they answered honestly, most managers would rather like to do away with The FA Cup. What a grim view of the oldest domestic cup competition in the world. The greatest domestic cup, in fact. I understand the sentiment he was trying to make but he is wrong.

As I have discussed in blogs here, and extensively in Financial Fair Prejudice, football today is a business. Lambert was highlighting how Premier League survival is more important than a good cup run, or even cup success, it seems. The implication that he’d trade places in The FA Cup for three points is disrespectful to the great competition. Whilst I understand the money on offer by competing in the Premier League overshadows the domestic cup competition in the modern game, I fail to believe proper fans want mid-table mediocrity for their entire existence over an FA Cup being added to an otherwise sparse history with regard to successes.

Of course the chairmen will take mid-table – hell, even a relegation battle every year – as long as the Premier League money keeps rolling in. Surely it’s better to go down, survive on the parachute payments, then return and be able to say you’d won the domestic big one. If Wigan do return to the Premier League in the next few years they’ll be no worse off than they were previous but their history is richer. The taste of one glorious day at Wembley makes an inevitable relegation easier to bear. And from disappointment tinged with success great things can grow. What Lambert suggests is we should all be happy with a bleak existence.

For those – like the Villa manager – that will never agree to this, that dream of one day flirting with a six place finish so they can qualify for the Europa League, which they can do if they win The FA Cup, I can offer one alternative. Wouldn’t it be great if The FA Cup winners gained entry to the Champions League? Suddenly the dismissive comments made about competing in The FA Cup disappear. Suddenly it’s one lotto every chairman in the land wants to buy a ticket for.

Thusly the problem emerges: UEFA would never want to allow the risk of a Wigan entering the top European competition whilst potentially battling in the Championship. I see the conundrum but it is a shame. Ignoring the fact the Champions League itself turns into a knockout tournament, so is a little lottery when all said and done, the fear a team too weak to qualify would prove unfounded. The prize of Champions League qualification would mean the top sides would try even harder to win it. To the point any team – even one from outside the established top six in the Premier League – would have to be deemed worthy as they’d need to defeat a usual Champions League opponent at some point. An opponent firing on all cylinders, focused on the ultimate prize.

If Champions League qualification was attached to The FA Cup imagine how electric the Wembley final would become once again. For children of my generation cup final day was the highlight of the year. The Superbowl of Soccer, if you will. By making victory equate to what only the top three teams in England gained after a long thirty-eight game season it’d have fans around the globe on the edge of their seats.

I mention the top three because clearly that qualification spot would be grabbed from the fourth placed team. This year’s Premier League has been the most open and engaging for a long time, imagine how much more fascinating it would be with less league qualification spots and the cup wildcard thrown in. And how’s this for a kicker – if a team outside the top three happened to win the Champions League that year it’d only be the top two and The FA Cup victors that would qualify alongside them. Those chairman in the usual top six would be the most reluctant to slim their league chances further. They’d be the minority. The majority would crave FA Cup football. At the moment everyone is lukewarm to The FA Cup and a minority placed in Premier League relegation fights seem to actively dislike it.

Let’s do what’s good for the many – not the few. The many clubs that would love a cup competition with such a rich prize, not to mention history. And the many, many fans. It’s always the fans that should matter first. Not chairmen blinded by money, or managers lacking imagination and desire.

One thought on “How to Make The FA Cup Great Again”