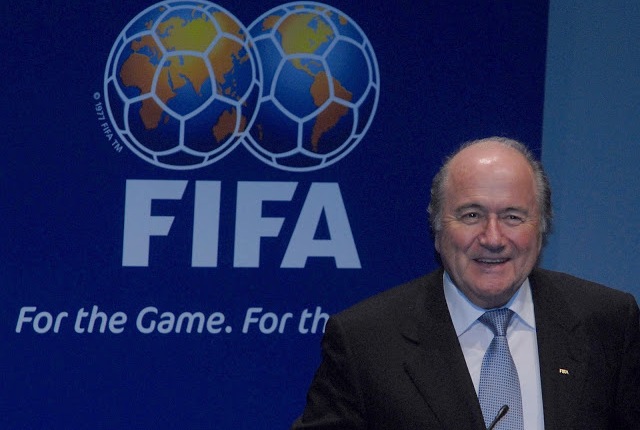 When questioned why FIFA, a non-profit organisation, had £1billion in cash reserves Sepp Blatter replied: “For a rainy day.” Well the heavens have opened and it’s time to wash away the devil. Wednesday’s morning raids and the subsequent arrests of fourteen FIFA officials signal the start of long overdue criminal proceedings. But like Hitler in his bunker, Blatter refuses to face reality and appears stubborn to the end.

Finer details of the investigation have been widely reported now and can be found in numerous media outlets. The quick summary is that US authorities have been monitoring FIFA for decades, following a trail left in American bank accounts that highlight racketeering and money laundering. They have charged individuals on counts of bribery to determine the outcome of bidding processes, such as World Cup selections. All the things the public feared are slowly being confirmed. It’s no longer speculation but fact: FIFA is rotten and has been for some time.

It may take months, even years, before all the specific points are revealed. The US Department of Justice, backed up with arrests by local enforcement agencies in Zurich carrying out their own investigation, have struck now to get the house of cards unsteady. They believe there’s enough evidence to secure convictions. Some of this provided by former right-hand man to Blatter, Chuck Blazer. He was working with the FBI to such an extent that he wore a wire to collect evidence (this was during the London 2012 Olympics).

The timing appears convenient as most of the people on the hit list were in the same place ready for this week’s planned FIFA convention. This gathering also gives the case against FIFA a greater degree of publicity. It would appear safe to assume that the FBI want to squeeze these “Generals” so that one or more may squeal and bring the man at the top down with them.

Scandal aimed at FIFA is nothing new. Neither are arrogant responses. But it’s this element we’ll take a look at; as I pointed out, the details of each individual and the case itself have been heavily reported elsewhere. There’s a great difference between maintaining calm and business as usual under pressure, and blatant denial and the belief you are too big to be brought to question. All the money in the world can’t buy morals. Thus, FIFA are poor in this respect.

One of the areas being investigated is the 2011 presidential election, which of course Blatter won. Despite this – or because of it – Blatter is determined to force the planned vote through on Friday. The decent thing to do would be to acknowledge that under his watch FIFA has gone down a dark path. That until the case is clearer a vote is inappropriate. But Sepp is playing the political game. He knows without a new vote the old one could be declared void. He needs a fresh vote now. And right now while he still maintains the backing of a majority.

It is this backing that also requires greater examination by the prosecutors further down the line. FIFA should be applauded for how it has moved football beyond the closed wall of European overseers. There was a time before reform when Latin American countries, Africans and the Far East wouldn’t have even bothered dreaming of a fair slice of the pie. Blatter has fed them well. They won’t bite the hand that feeds. 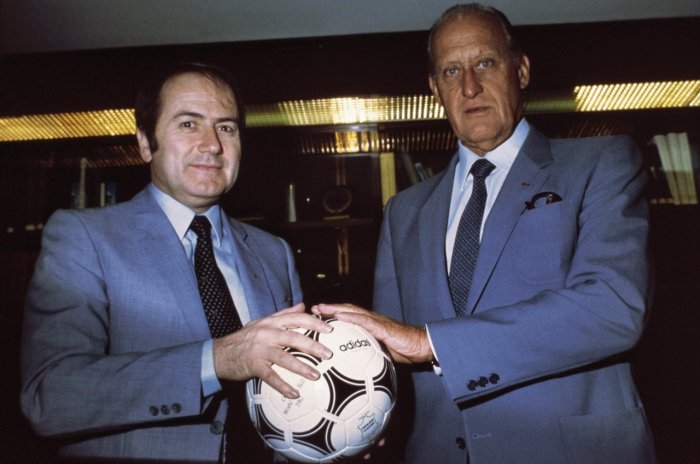 That’s why it’s even more distasteful that Sepp Blatter remains defiant. If his interests are not self-serving he would realise that football as a whole will suffer by his continuing leadership. His actions now defy the ideology he set out to implement with former president Havelange (pictured above).

His words today have been aggressive, “We cannot allow the reputation of FIFA to be dragged through the mud any longer.” As if he would rather fight the public response instead of the guilty parties. He is dragging the name through said mud with every passing second he stays in power.

“I know many people hold me ultimately responsible. I cannot monitor everyone all the time.” That’s true, Sepp, we do hold you in the same regard as those under arrest or posting bail (like Jack Warner who mustered up $2.5M, I wonder what enterprise brought that cash into his life). While he clearly can’t monitor all his people, all of the time, Blatter does have a duty to run a tight ship. If an outside agency can undercover these wrongdoings – based on USA activity alone – then it seems ludicrous to suggest a determined FIFA president couldn’t find one irregularity.

The recent World Cup bids have been a topic of concern too. Going back to that £1billion tucked away, Blatter once expanded on the reasoning why it was stockpiled. It was incase a World Cup ever had to be moved or cancelled at the last minute. I think now would be a good time to use that cash to fund a clean World Cup in 2018 and begin a new bidding process for 2022.

I enjoy the irony that it was this World Cup of Greed that has been FIFA’s undoing. They invited USA to the “Soccer” family to host the 1994 World Cup. FIFA saw lots of dollar signs from a gigantic untapped market. They also unwittingly invited the world’s most robust financial investigators into the clique.

There can be no trust now in FIFA moving forward. The house needs to be razed to the ground and built again on transparency alone. It needs to act like the non-profit sporting organisation it once set out to be.