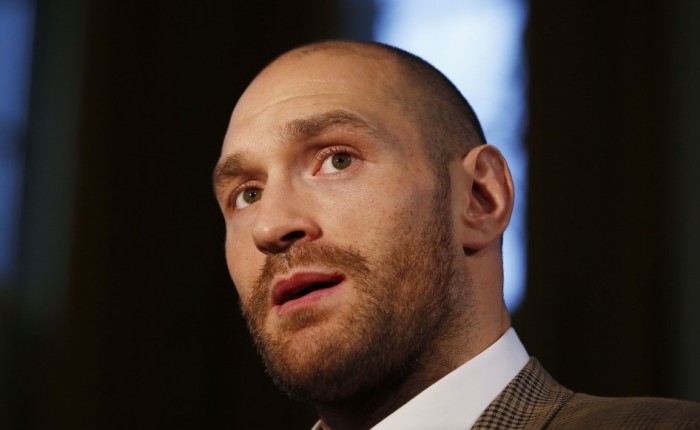 There’s fewer places in the world as unforgiving as a boxing ring. Once inside, there’s nowhere to hide and the only sure way to get out is make a date with the canvas. Unfortunately for the men that are brave enough to step between the ropes, the spectacle that follows them around in between bouts can be more brutal. This week it went into overdrive and focused on world heavyweight champion, Tyson Fury.

The self-proclaimed Gypsy King has always been a polarising figure, both in and out of the ring. His detractors had to review their claims following his unexpected win over Wladimir Klitschko. For years Fury’s hype was seen as a way to deflect attention away from a lack of boxing ability. The win in Germany, that gave him legitimate claim to be the best in the division, marked a step-up in performance.

Until Wladimir fights again the jury will still be out regarding the validity of Fury’s victory. Was Klitschko having an off night, not match fit, or over the hill? If he blows his next opponent out of the water, Tyson Fury’s victory will take on even more emphasis.

It’s the continued questions that speculate Klitschko’s decline and resulting inability to present a genuine challenge that must have worn on Fury’s mind. After finally reaching the mountain top, he wasn’t presented with a round of applause and a pat on the back. They were reserved for Anthony Joshua, despite the Olympian having no names on his boxing record.

For a man like Fury, who clearly wears his heart on his sleeve, the cracks began to show. He aired these frustrations to a press that only give him column inches if he’s dressed as Batman and clowning around. It can be argued people don’t take him serious because he’s always sold himself as a novelty act. But he also always backed that up with a belief he was the best. When he beat the presumed best, he was still cast aside.

Since winning the belts people have become masters of assumption, allowing doubts to be cast over his motives with frightening ease. The UK Anti-doping (UKAD) allegations have hung over his head and multiple cancellations have led to speculation increasing.

Many said he was scared of a rematch. That he wanted to get out of the game with an unchallenged legacy; the singular moment in time he dethroned a king, before heading into the sunset, avoiding the promising young talent holding one of his world titles that was never lost in the ring.

The time for assumption and speculation should have ended when it was revealed Tyson Fury’s latest battle is with depression. In any walk of life, facing up to this illness is always difficult. When in the public eye, even more. It’s exacerbated further in the world of the ultimate alpha males where heavyweight boxers reside.

Rather than look for reasons to expose weaknesses in Fury now, people should take a moment to examine the evidence he left for people to find. After winning the titles it was plain to see he was in a mental slump. Like so many that battle depression, the deepest of lows are matched with the highest of highs. The peak had been achieving a life-long dream, for a person with depression, a return to darker thoughts after this is inevitable.

Tyson talked of walking away from the sport, that nothing could match that high. Most saw that as a boxer wondering if he had the fire in his belly for another fight, the truth is, it was a man struggling to find his spark for life.

The recent positive test for cocaine is further proof he was lost in his mind, not in the ring. He’s not the first person faced with demons that finds sanctuary in substance abuse.

Yet still he finds little in the way of sympathy, instead people spend their time formulating a way to compile his demise and retirement. People with mental health issues can make full recoveries but some connected to the boxing world are trying to quickly move past their embarrassing heavyweight champion “blip.”

The main player so vocal this week has been Eddie Hearn. He represents Anthony Joshua. A man full of potential but without a name on his résumé. Now Hearn is manoeuvring to stake a claim at the soon to be revoked Fury belts. Even if that doesn’t happen, he’s confident a fight with Klitschko can be made. He told Sky Sports the chances were currently better than 60%.

Hearn barely displayed any genuine concern for Fury’s wellbeing, choosing to point out boxing is a business and the authorities lose too much money if their titles are inactive. In doing so, revealing his genetic make-up is closer to that of a fifty-pound note than a human being.

It’s wrong of Eddie Hearn to display conjecture in a public forum. He’s not a medical professional or a close confidante. His remarks are highly insensitive and pure speculation. This will only have a detrimental effect to the well-being of the man he’s trying to announce the retirement of.

The danger is if the public believe it’s acceptable to write Fury off and overlook the real issue here: depression. It’s an uncomfortable subject and having Hearn gloss over it will sit easy with most. But that is wrong. Instead of running campaigns against Team Fury, the boxing community should be rallying around and help raise the awareness of such a silent killer.

Facing this illness so publicly is braver than stepping into the ring with a giant like Wladimir Klitschko. Beating it will be a bigger achievement than winning the world heavyweight titles; the reward, a continued spark that will be hard to diminish.