The Leftovers starts with the premise that 140 million people have vanished from Earth. Going into the show, knowing this, one wonders why such a rapture event has taken place. It soon becomes evident that the people left behind are the focus, not the event itself. The stage switches to one small area, the fictional Mapletown, New York. Their loss creates our philosophical gain. It’s not a case of why the souls were taken, but how those that remain cope.

It should be pointed out that The Leftovers may dangle the mystery of the missing people, and furthers the unknowns by various presumed supernatural elements, however, the show doesn’t exist to answer these things. The missing 140 million is a plot device, a side issue that requires no further explanation. To do so would undermine the journey the characters take. There have been criticisms levelled at the lack of resolution, these viewers have missed the heart of the tale.

Some of these disenchanted voices have probably readied the Damon Lindelof put downs. These are the ones that hated the Lost finale and how questions remained throughout that show’s six season run. Other than his input to both shows they bear no comparison. Lost required closure on the great unknowns, The Leftoversnever promises this. This show is about examining the human condition. Any show that is dealing with existentialism doesn’t need to feed the mainstream gimmick of dropping clues and offering weak replies. It can leave that to Under the Dome (great book, bad show).

Mentioning another popular show from a literary source, it should be noted that the author of the original novel (also entitled The Leftovers) Tom Perrotta, worked alongside Lindelof to create the show. The first season covers the entire novel so season two will be new material, and again, he is heavily influencing this. It’s refreshing to see the source material being used extensively.

The depth in the writing is brought about by an excellent cast. Christopher Eccleston once again proves his vast range as the town’s man of faith who attempts to prove the people taken in the sudden departure were sinners. Watching him wrestle with faith compliments the show’s main centrepiece, the cult named the Guilty Remnant. They are silent watchers, heavy smokers, and easy to despise pests. In forming this opinion it makes one wonder about the real world situation the metaphor represents. Why do we hate the unknown element? Some of their actions appear unforgivable but nobody is coping with the loss the world has suffered. 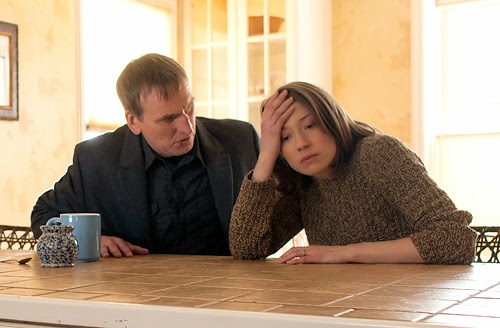 Justin Theroux plays the shows lead, and town Chief of Police. His wife has left to join the cult and his son is running errands for the Peep Show’s Johnson, who is a spiritual leader of sorts. His already full plate is further filled by a rebellious daughter and a father, the former Chief of Police, that has been committed for mental illness. This in turn makes him fear his mind is also on the slide. He starts to date Carrie Coon’s character, Nora Durst, a mother of two whose whole family was taken in the disappearance. Her character centric episode reveals the great depth she has as an actress and the writers’ efforts to layer her.

These are just several standouts of a stellar cast. Each keeps the show rolling forward with grit, pain, and precision. They aren’t used to answer the question of why the rapture event took place, we just accept the Pope and J-Lo were taken as easily as the select members of the town, they do make us examine where the world is heading. Hopefully season two will continue to explore these leftovers rather than explain the ones that departed. There are some mysteries that should remain beyond man. All we can do is look internally to see what we find there.

It’s still superhero season. Marvel continues to flood the cinemas whilst slowly expanding their cinematic universe to the small-screen. DC have been playing catch-up in the big flicks but have slowly churned out TV shows. The Flash joined Arrow, both bearing resemblance to Smallville. Now the most popular hero from the DC stable gets his own show. Well, kind of. Gotham hits our television sets portraying the city before the Dark Knight emerges.

Not for the first time we see the murder of Bruce Wayne’s parents on film. This is the show’s starting point. So we know that we’ll see no Batman for a long time, just a younger Master Bruce coming to terms with the killings. Perhaps it is this repetition that makes the scene so underwhelming. Compared to previous versions there is no desperation in the murderer, no panic in the Waynes, and we know they’ll be no swift rise and resolution in this format of storytelling. We get a clean and clinical, shot because they had to show it, scene.

Herein the many problems with the new show are revealed. The setting actually works quite well. The city has a dark edge to it, bordering on the Gothic New York that Gotham deserves to be. However, it is wasted with the way it’s used. Many lines of dialogue and set-up are lifted fresh from a teen-TV show. In the areas where a sprinkling of Tim Burton would have made the show edgy we are given plastic and safe scenes.

It fails further when it tries to be a serious crime show. If this was the aim then it needs to be on a par with the BBC’s Sherlock. This would be the only way we could excuse the absence of Batman, the world’s greatest detective. At least Smallville teased Superman’s power and his alien origins, admittedly they teased for five years longer than they should have, but it started with promise.

If the makers see the inclusion of characters we know to become major players, like Penguin and The Riddler, as a bridge way to this, then they are failing further than feared. Not only does this destroy or rewrite well known origin stories, it also reminds us that we are supposed to be in a Batman universe. And characters that are supposed to be larger than life, vibrant, intimidating, are soulless shadows of their former (future) selves. 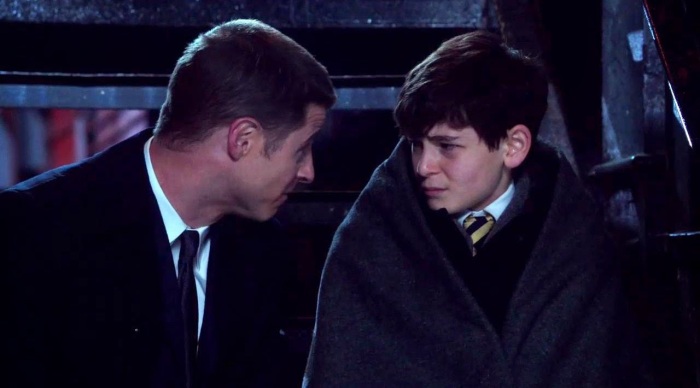 The positives come by the way casting. It’s easy to buy into Ben McKenzie as a young, ambitious James Gordon, it’s a shame he’s hampered by bad screenwriting. Regardless, it’s clear he’s the show’s hero – Gotham’s White Knight. Sean Pertwee has a glint in his eye, which lends belief to the idea he’s the sort of Alfred that could facilitate the broken boyhood Bruce’s rise to Batman. John Doman plays crime boss Carmine Falcone to such perfection that his character alone could be the main antagonist of the show for seasons to come, without the need for half-formed super-villains. 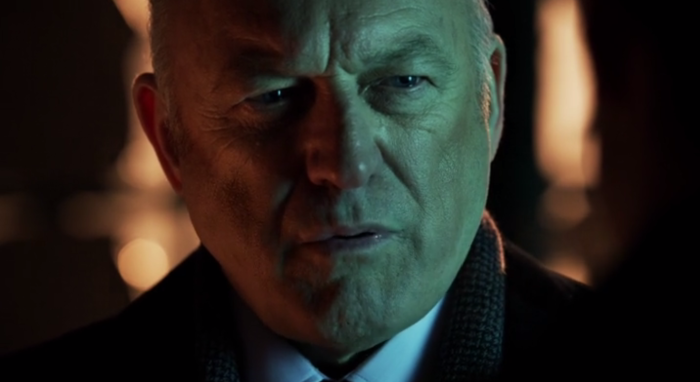 Over time the show may find its stride. It needs to find a darker edge, better dialogue, deeper crimes with better police procedural elements. We also need to watch Bruce Wayne slowly transform. Gotham can only work if it plays to its strengths, and that has always been the Dark Knight. Unless this has just been a massive long game from Warner Bros., the parent company and producers behind the upcoming Batman v Superman: Dawn of Justice. They took a lot of abuse for hiring Ben Affleck as Batman. After a season of Gotham without a sighting of our hero, we’ll be accepting “Batfleck” with open arms.

Batman’s the hero Gotham deserves, but not the one it has right now.